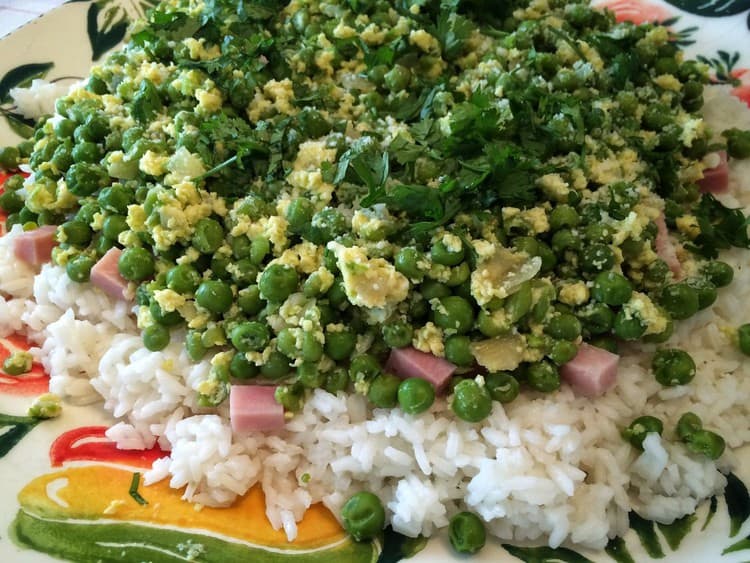 Have I ever mentioned that my husband’s a pretty good cook?  Well, he is. When I give him the chance to get into the kitchen that is! Yes, I have been accused of being that type of wife who hovers in the kitchen to give a suggestion or two when he does something differently than I would. Then he promptly asks me to leave and let him do things his way. I admit it, I am guilty and I’m trying to let him do things his own way. After all, his dishes are usually quite successful. Just look at this rice with peas and ham!

He has a few specialties that the kids and I enjoy such as his famous meatloaf as well as rice with peas with a beaten egg thrown in. The beaten egg part is something he learned from his nonna.  It’s a great way to add extra protein to a dish.  But seriously, I do most of the cooking because, first of all, I enjoy it, and secondly I’ve usually been the one who gets home before him, so naturally I begin cooking dinner. The rule in our home is whomever gets home first begins preparing dinner.

So, let’s talk about this dish. First of all, isn’t it beautiful? It all began with a smoked turkey leg. We were vacationing in Florida and doing our first day grocery shopping at our favorite grocery store. We usually pick up a rotisserie chicken for a quick and easy lunch. On this particular day they had these huge smoked turkey legs for sale. They reminded us of those yummy roasted turkey legs that we’ve eaten at Disney World. Have you tried them? They are one of the most worth while foods to purchase at Disney. As I took my first bite later that day I realized that the turkey tasted just like smoked ham. The turkey leg was so big that we had lots leftover. So, what to do with it? The next morning I suggested that we have rice with peas and “ham” for lunch. The turkey “ham” became a a running joke throughout our vacation. My husband so thoughtfully volunteered to go up and make lunch that day.

When my kids and I went up for lunch famished after a morning swim in the ocean, this is what we found waiting for us: 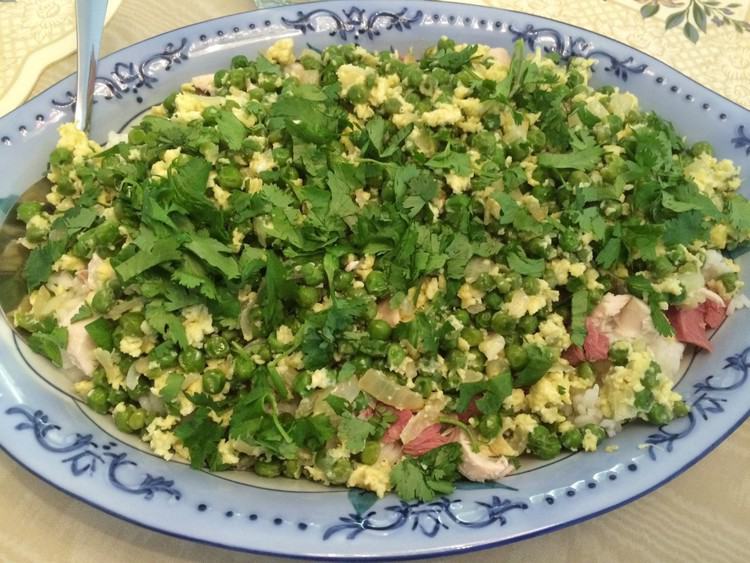 Talk about wow! He even took out one of the fancy plates we never use. Quite honestly I was going to toss everything together in a pan, Asian fried rice style. But he took the time to layer each ingredient beautifully. It was the best rice with turkey “ham” and peas that I had ever tasted.

He has made it again at home using real smoked ham. It was just as good even though I had not just come in from a swim in the ocean. The kids like it too, so it’s definitely a keeper. However, my daughter does smother her rice in soy sauce. Oh well, at least she eats it.

I think this dish would be amazing served at a party buffet table. I guarantee you’ll have many requests for it. All thanks to Frank!

Frank's Rice with Peas and Ham 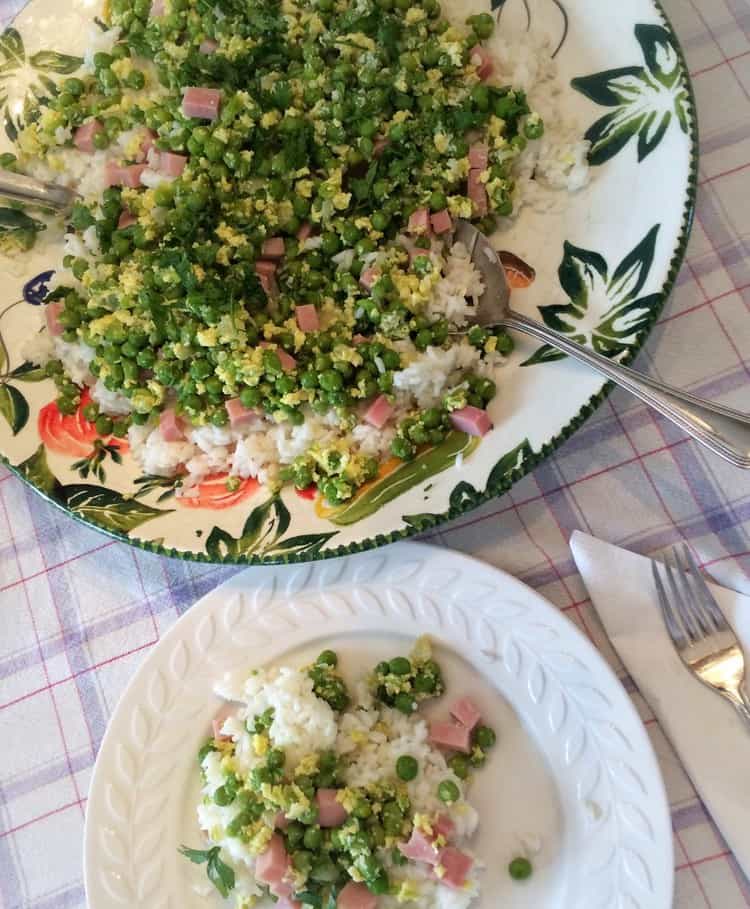