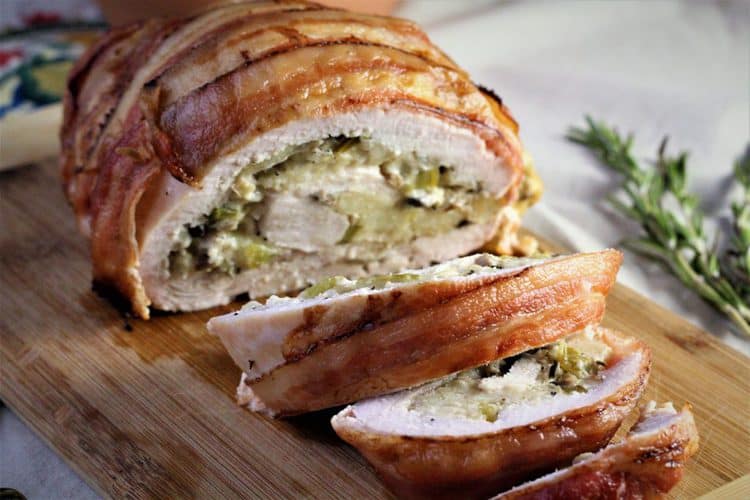 Canadian Thanksgiving has come and gone and we’re now gearing up for the Christmas holidays.  But for my American readers, Thanksgiving is around the corner and if you’re looking for an alternative to your typical roast turkey, I’ve got the perfect solution for you! I recently taught this Bacon Covered Turkey Roulade with Mushroom Filling at a cooking class and it was a huge hit!  Since then I have received several requests for the recipe so here it is. 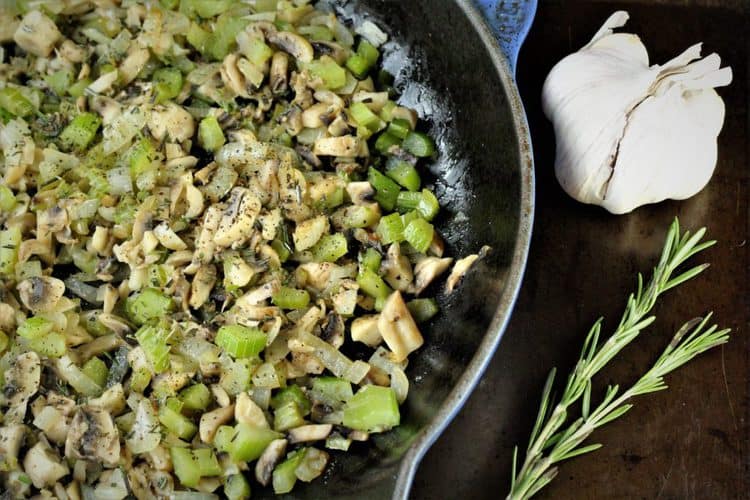 I was initially inspired by a recipe of Emeril Lagase’s when I was considering a turkey roulade recipe for an upcoming Thanksgiving class. We all know when it comes to Emeril, pork fat always rules!  But, as much as I like bacon I felt it was overkill to both cover and fill the roulade with bacon.  I also decided to “Italianize” the recipe by adding two different cheeses as well as rosemary to the mushroom filling.  I found it easier to work with two smaller turkey breasts rather than one large one, so I opted for two approximate 1.5 lb pieces.  The result was a crowd winning combination and when we sliced it up at my recent cooking class, the reaction was priceless! 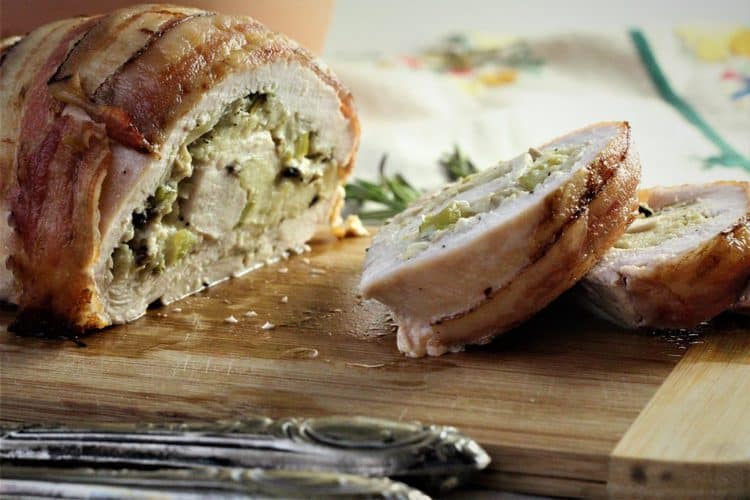 Several of my students were complaining that their turkey turns out dry or that they were not entertaining large crowds and did not want to put up with turkey leftovers for a week. That’s why this turkey roulade is the perfect solution. Despite the fancy look it is a breeze to put together. If you find any imperfections such as tears in the turkey breast when rolling it up, no worries. You then cover it up with those slices of bacon, and it looks perfect. Just look at this photo! 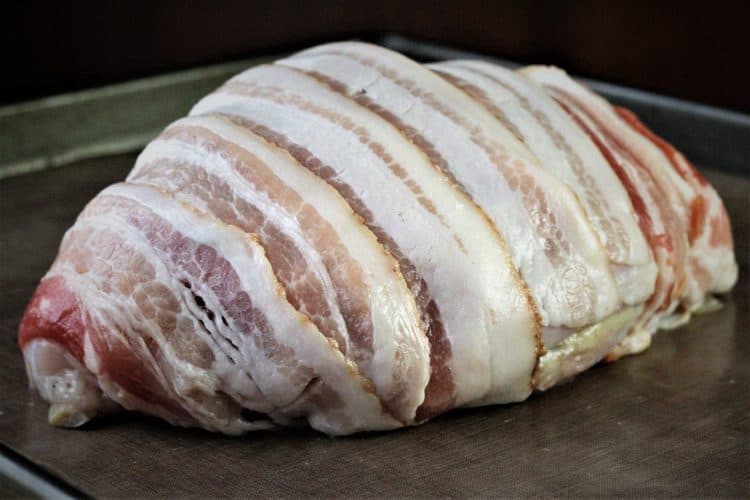 Of course, I tested out this dish on my toughest critics before teaching the recipe. You may know them as my kids. And, of course, they immediately approved.  Then again they’ll approve of anything covered in bacon.

So, whether it is for the upcoming American Thanksgiving or the holiday season, consider serving this roulade and be prepared to be showered with praise!