Panelle (Sicilian chickpea fritters) are a typical Sicilian street food. These crispy little bites made with chickpea flour are exceptionally delicious served in a panino and drizzled with fresh lemon juice. 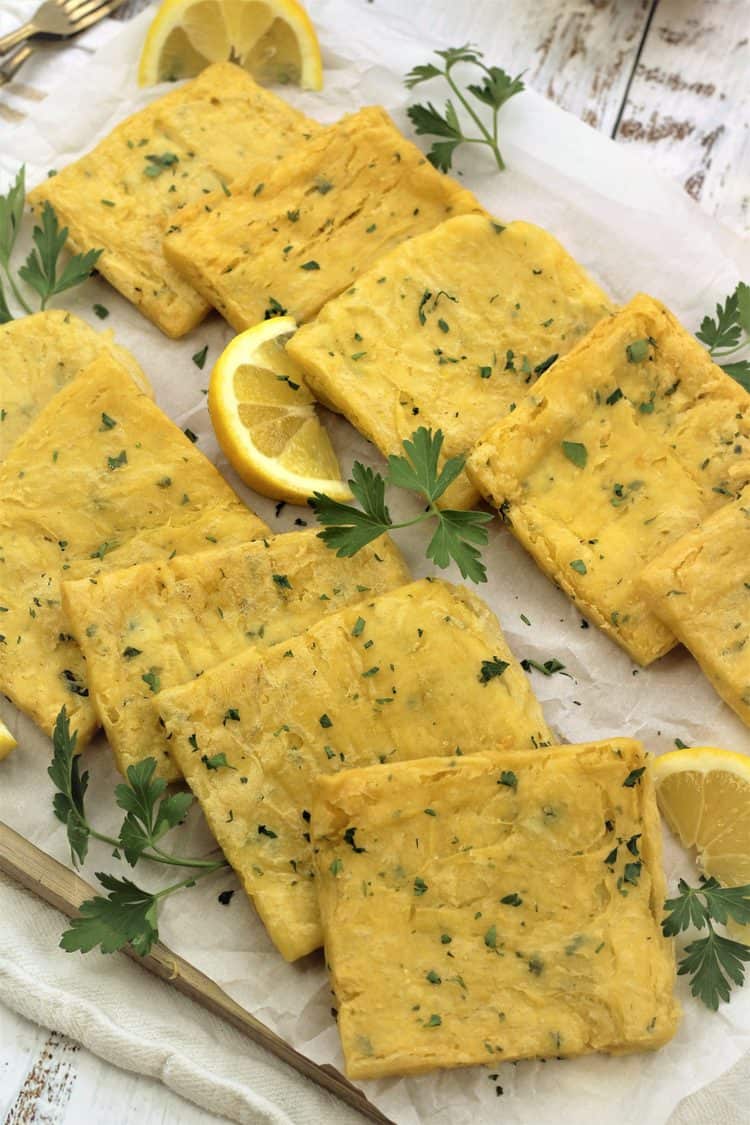 Panelle or Sicilian chickpea fritters are a popular street food typically found in Palermo, Sicily. Freshly fried, hot, crisp panelle are delicious served as an appetizer. However, during my last trip to Sicily my family and I had a chance to sample them in sandwiches (called pane e panelle) in a crusty bun at a food truck just outside the Riserva Naturale dello Zingaro (check out that post here).

I learned from the vendor that freshly squeezed lemon juice over the panelle is a must, and he was so right! Lemon juice brightens up the flavor of panelle and since then I always serve mine with a wedge of lemon. 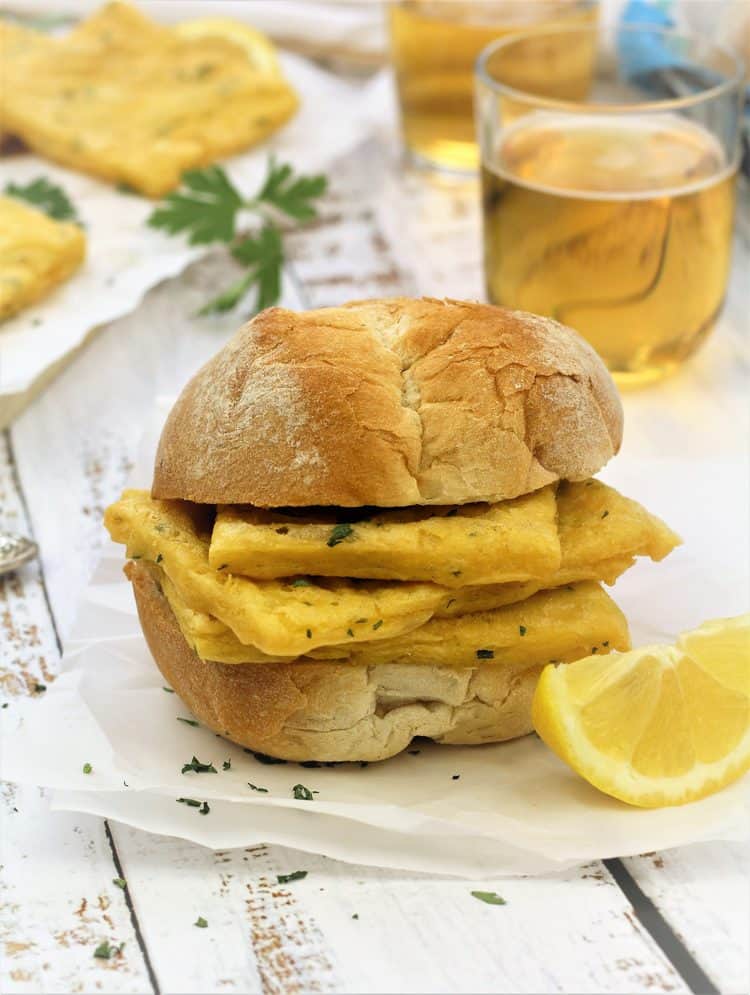 This delicious vegetarian snack basically consists of chickpea flour stirred into water and boiled (just like polenta), then spread out in a thin layer on a baking sheet. Once cooled, cut the panelle into squares or rectangles and fry until golden and crisp. They could not be any easier to make!

Where can I find chickpea flour?

Thankfully chickpea flour is widely available in most grocery stores and so I was able to recreate this dish easily. Chickpea flour is usually found in the same section as dried packaged legumes, such as chickpeas and other beans. You may also find it in the ethnic food section of your grocery store.

Chickpea flour is available for purchase on Amazon. See link at the bottom of this post for details. 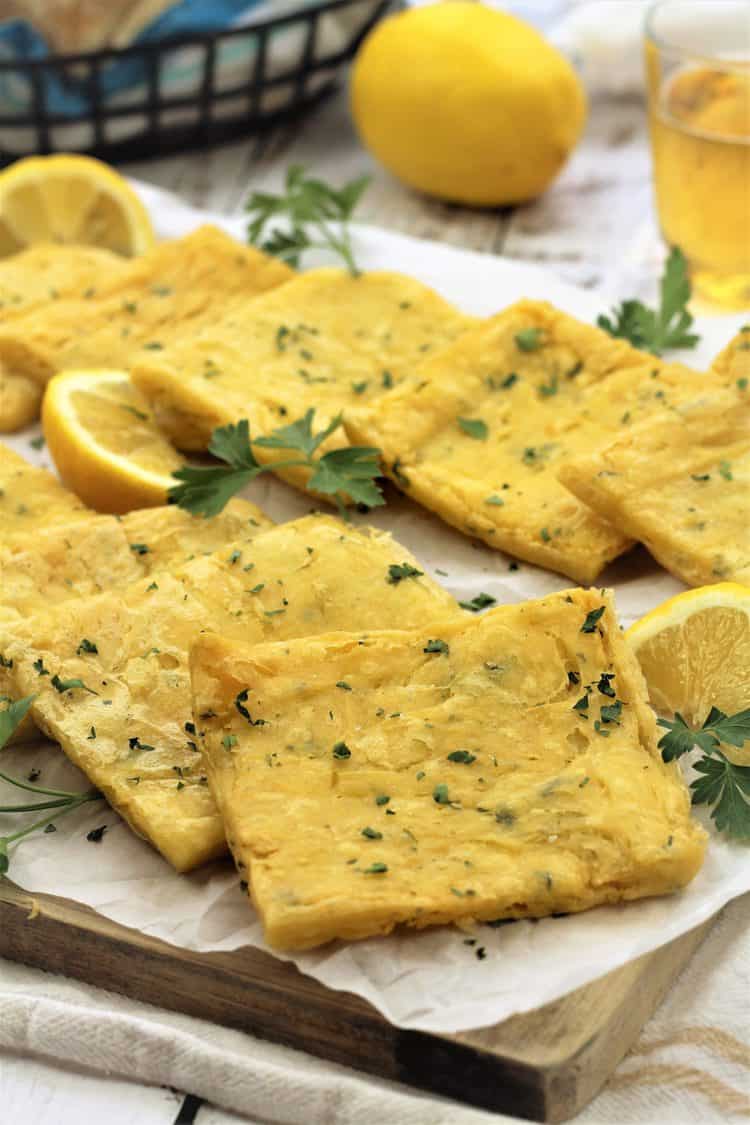 The following are step by step instructions with images to guide you through this recipe. Scroll to the end of this post for the complete printable recipe card.

All you need is chickpea flour, water, salt and parsley as well as vegetable or canola oil for frying.

The first step in making panelle is similar to the process of making polenta. The only difference is that with polenta the water comes to a boil before stirring in the cornmeal. With panelle, the chickpea flour, salt and water are whisked together in a sauce pan before placed on the stove. 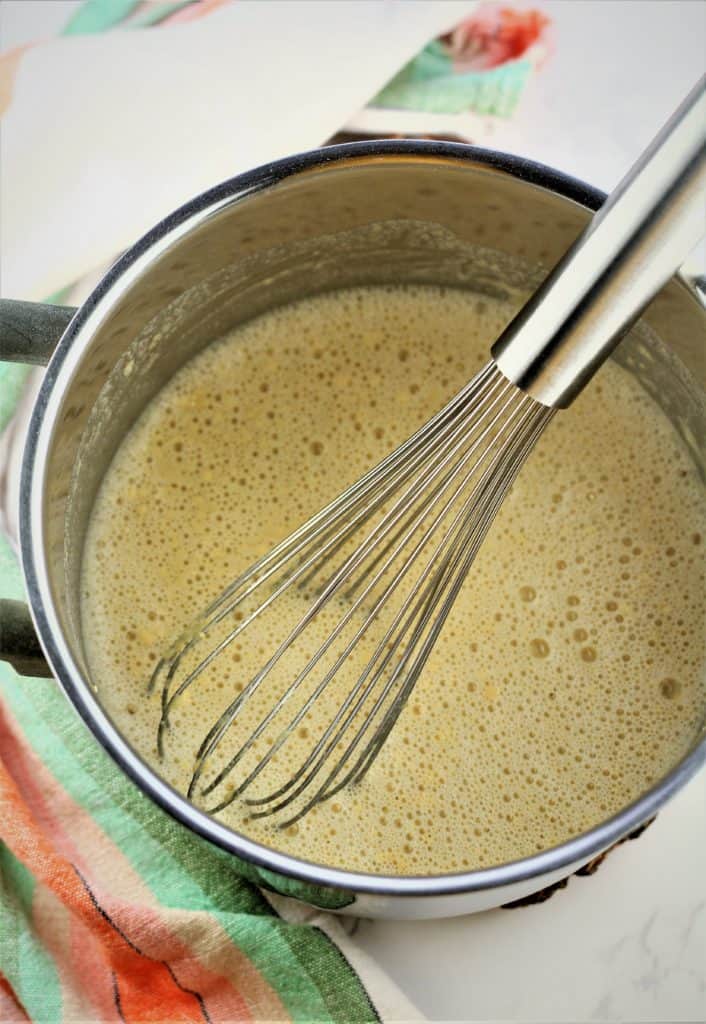 Whisk the mixture constantly on medium high until you have a smooth and thick consistency. When it is ready, the mixture will pull away from the sides of the sauce pan.  This will take about 5 minutes. 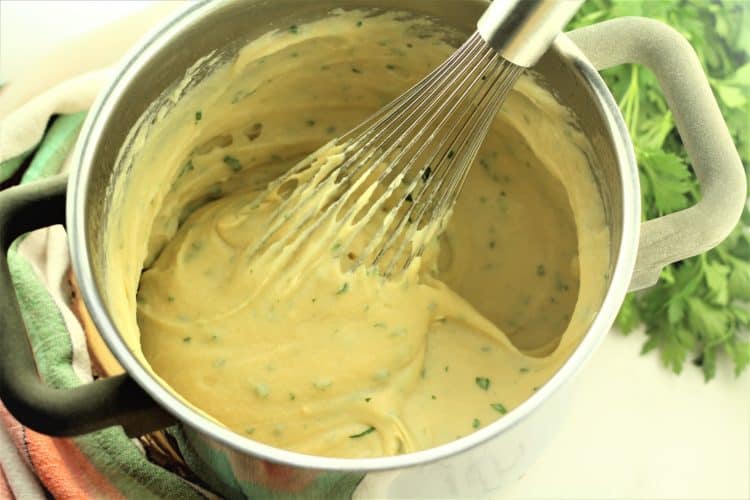 When it is ready, stir in fresh chopped parsley and quickly spread the mixture on a parchment covered baking sheet with a spatula, as shown below. Place in the refrigerator and let cool completely before frying, about an hour. 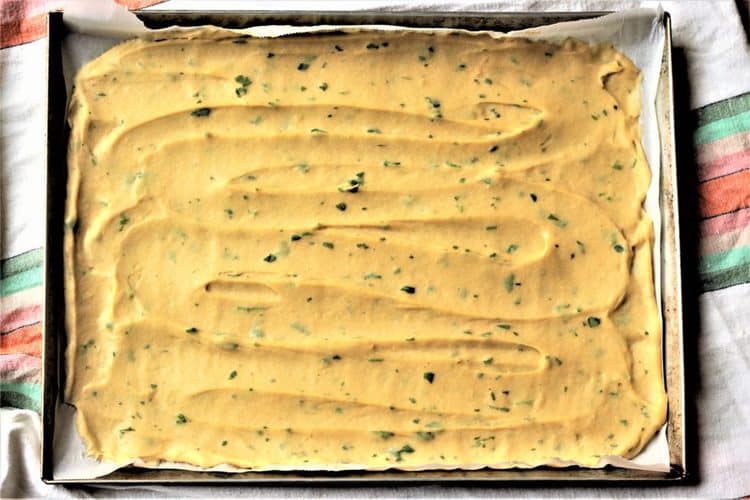 Cut the cooled panelle into squares or rectangles. 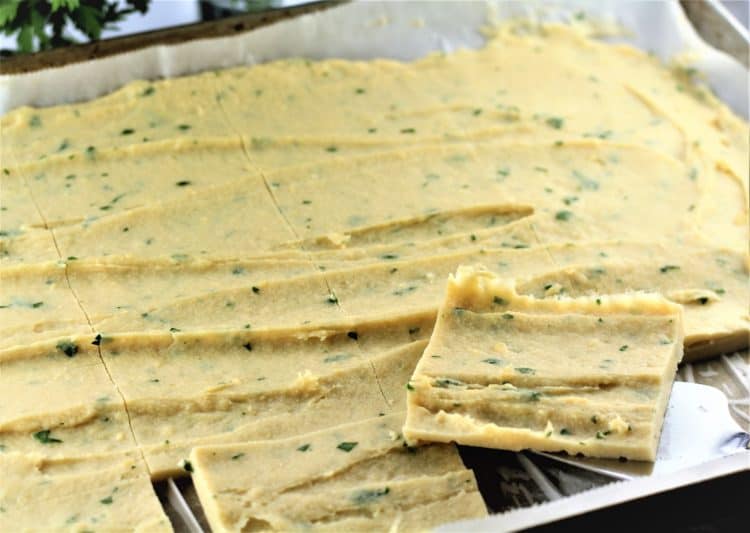 Fill a large shallow skillet with canola oil to the depth of about 1/2 inch.  Without overcrowding the pan, fry panelle 2-3 minutes on one side, until crisp and golden, then flip and fry the opposite side 2-3 minutes more.  Transfer to a paper towel covered dish to absorb excess oil.  Sprinkle lightly with salt. 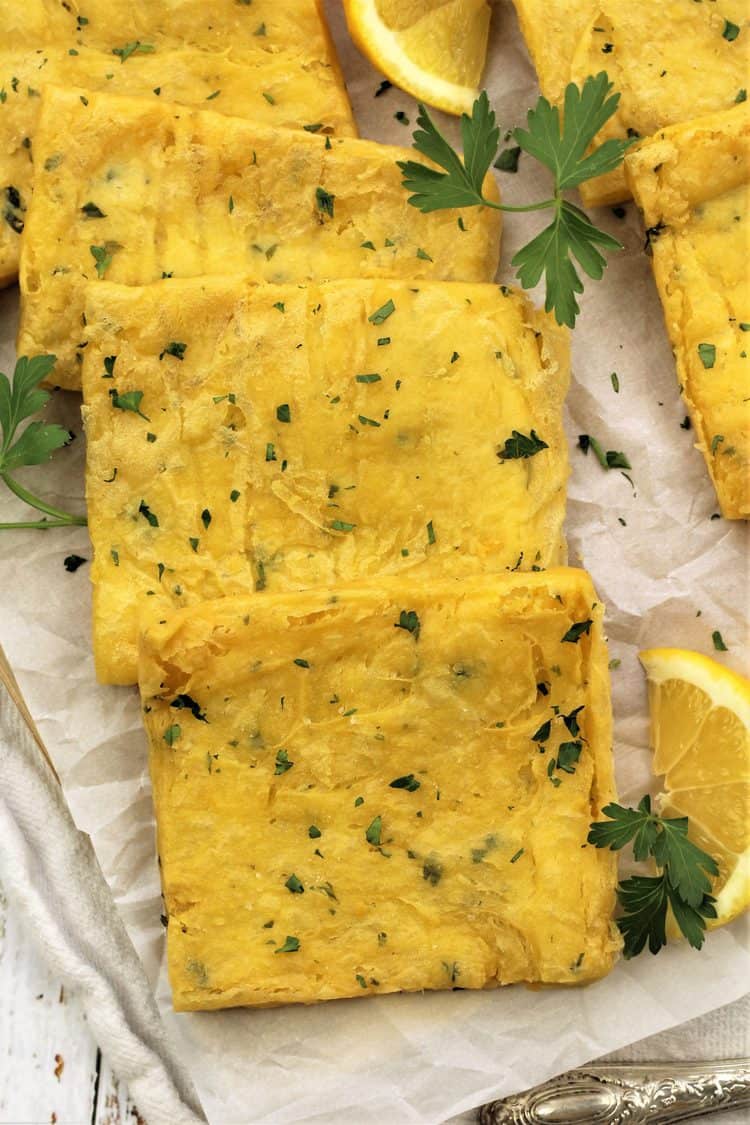 Panelle are best served piping hot out of the oil or they can be warmed in the oven just before serving. Serve as antipasto or a simple lunch stuffed inside a panino with a drizzle of lemon juice. 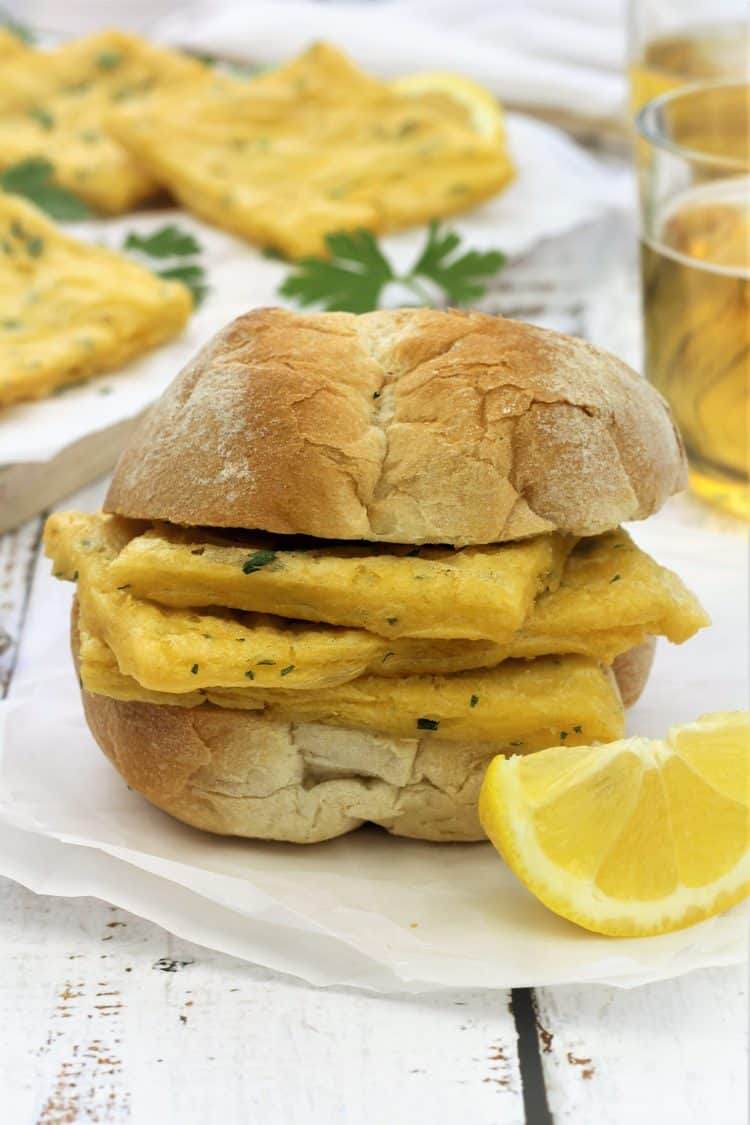 Check out my web story on how to make panelle!

Let me know how much you enjoyed panelle by posting your photos on Facebook or Instagram and tagging me with @mangiabedda or #mangiabedda. Feel free to pin the recipe for later. Buon appetito!

Here are more delicious Sicilian street food recipes for you to check out!